Shannon ABC hosted Open Innovation 2012 on 4th and 5th Apil in Limerick Institute of Technology. The event, which was the first one of its type to be held, had good support with attendees from 20 companies, 8 third level institutes and also from many representative and state bodies such as Enterprise Ireland, Institutes of Technology, Ireland and the Industry Research and Development Group.
The day kicked off with a welcome from Maria Hinfelaar (President of LIT), particularly for the President and Head of Development of the Institute of Technology, Tralee (LIT's Shannon ABC partner) and a rousing address from Minister Brian Hayes, who'd had the opportunity of a whistle stop tour around the Shannon ABC facilities in LIT.
Minister Hayes was very generous with his time, and spoke about the importance of innovation as Ireland lays the groundwork for recovery. Minister Hayes also emphasised the importance of enterprise/academic partnerships and the key role that Enterprise Ireland play in this. The Minister went on to comment that Shannon ABC is an excellent example of collaborative support provided to industry.
Dr Iain Gillespie provided the keynote speech and kept the audience in rapt attention as he laid out the global innovation profile, and where Ireland is positioned. His message for Ireland was broadly positive, a lot done, however a lot more to do also, and that the public sector research structure has a massive role to play in driving innovation and R&D for industry.
Following the keynote address there were impressive presentations from Hilda Mulvihill from Stryker and Kevin O'Keefe from GSK speaking about how Open Innovation plays a key role in their organisations. Illustrating the value that collaboration with third level institutes can bring to companies, the Pharmaceutical and Molecular Biology Research Centre (PMBRC) based in Waterford Institute of Technology and the Centre for Research in Engineering Surface Technology (CREST) based in Dublin Institute of Technology both presented with partner companies EirGen and Cannon Hygiene respectively. These presentations outlined different mechanisms to fund R&D and practical outcomes of these.
The theme of how to fund R&D continued after lunch, facilitated by a panel discussion which included presentations on the Irish Research Council, Science Foundation Ireland, FP7, Enterprise Ireland and tax credits.
Rounding off the day were presentations from two indiginous Irish SMEs - Brandon Products and Cybercolloids - talking about practial examples of Open Innovation and a presentation from multinational PepsiCo on their drivers for engaging in Open Innovation.
Day 2 gave postgraduate and early stage postdoctoral resarchers the opportunity to present on industry relevant/specific research that they were engaged in. The Medical Engineering Design and Innovation Centre (MEDIC), based in Cork Institute of Technology provided the presentation that set the scene for the day - that of managing intellectual property. A number of presentations followed detailing the technologically advanced and industry relevant work being performed in Ireland, presenters included those from CIT, ITT, LIT and DIT. The Conference concluded with a workshop on Intellectual Property provided by Technology from Ideas, they had a tough crowd for the final afternoon of the conference (!), but all were soon deeply engaged in throwing out brainstormed ideas for new technologies.
We have received very positive feedback so far, it was a very enjoyable event to run, and one of the best parts for me was having companies from quite diverse backgrounds in the room together. The potential for problem solving and developing new business realtionships was evident and we hope that all involved found it a worthwhile event.
We look forward to hosting Open Innovation 2013 in IT Tralee!
Posted by Tim Yeomans at 08:53 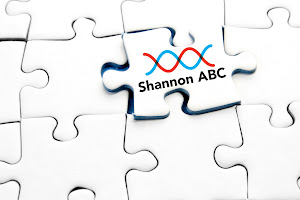 Shannon ABC’s vision is to be industry’s partner of choice for the provision of innovative biotechnological solutions.